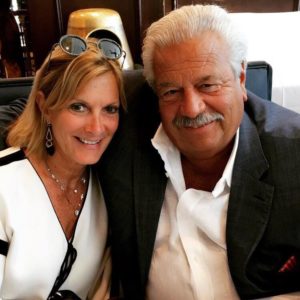 The President of Saint Patrick High School praised Phil for his work in the city of Chicago and both professionally and personally. Phil embodies what it means to be a Shamrock, and throughout his career, he has been involved with many committees and held positions on various boards including the Chairman of the Convention and Tourism Bureau.

“I am honored to receive the Saint Patrick Legacy Award from an institution so steeped in tradition,” Phil said. “Saint Patrick High School develops leaders in society by maintaining an unwavering commitment to civic responsibility, strong personal values, and educational excellence. Its history and mission speak for itself. I am grateful, not only for the recognition but to be a part of the Shamrock family.”

Phil Stefani Signature Restaurants began in 1980 with the opening of Stefani’s on Fullerton Avenue, and over the past 38 years, the business has grown to 12 restaurants spanning Chicago and becoming a staple of the Chicago restaurant scene, drawing in locals, celebrities, politicians and more.

As a renowned philanthropist, Stefani formed the Stefani Children’s Charities in 1998 and to date has distributed over $3,000,000 to local charities for children including; After School Matters, Maryville Academy, Mercy Boys Home, Cystic Fibrosis, and more.

The Green + Gold Gala will be held on Saturday, March 2nd at Local 399 Banquets in Chicago, and will be catered by Stefani family-owned Inspired Catering & Events. The Gala will raise funds to provide financial support to the young men who attend Saint Patrick High School. Phil will be awarded the Saint Patrick Legacy Award at the Gala.

To read more about the Gala and the Saint Patrick High School Legacy Award click here.